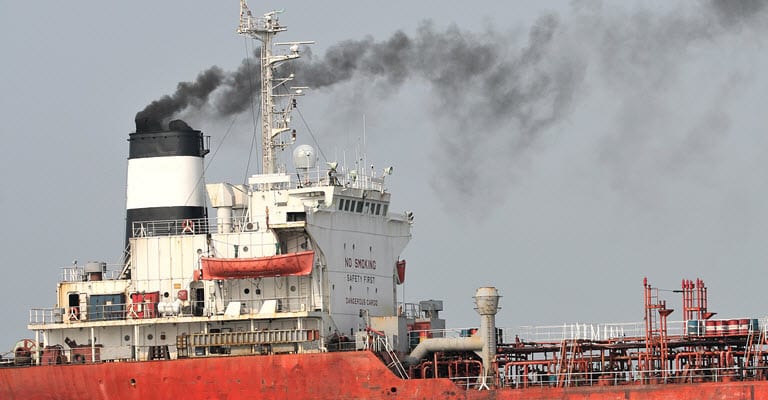 We would like to remind our readers that as of 1 January 2018, ships over 5,000 gross tonnage became subject to the mandatory monitoring and reporting requirements of CO2 emissions. This is in accordance with the EU’s monitoring, reporting and verification Regulation (Regulation (EU) No. 2015/757 – http://eur-lex.europa.eu/legal-content/EN/TXT/?uri=celex:32015R0757) (“MRV Regulation”), which was drafted in order to reduce greenhouse gas emissions and attempt to make shipping ‘greener’.

The MRV Regulation applies to ships, which call in an EU Member State, regardless of their flag. Some categories of ships such as warships, naval auxiliaries, fish-catching or fish-processing ships or government ships used for non-commercial purposes are excluded. Companies, which are defined as “the shipowner or any other organisation or person, such as the manager or the bareboat charterer, which has assumed the responsibility for the operation of the ship from the shipowner”, are now required to monitor and record their fuel consumption and CO2 emissions for each of their vessels.

From 2019, by 30 April of each year, companies will be required to submit to the Commission and to the authorities of the ship’s flag state an emissions report for each vessel, which will be publicly available. In addition, from 2019, by 30 June of each year, the ships must carry on board a valid Document of Compliance (“DoC”) issued by an accredited verification entity that confirms that the ship complies with the MRV Regulation. The ships might also be subject to inspections by the relevant authorities.

The UK has implemented the MRV Regulation via the Merchant Shipping (Monitoring, Reporting and Verification of Carbon Dioxide Emissions) and the Port State Control (Amendment) Regulations 2017 (“UK Regulations”) (http://www.legislation.gov.uk/uksi/2017/825/contents/made and http://www.legislation.gov.uk/uksi/2017/825/pdfs/uksiem_20170825_en.pdf). Under the UK Regulations, companies could be liable to fines and criminal sanctions if a ship enters or leaves a port in the UK without a valid DoC; or anyone attempts to navigate that ship into or out of a UK port without a valid DoC; or the ship fails to have a valid DoC on board. It should be noted that the fines are unlimited in England and Wales and subject to the then statutory maximum in Scotland and Northern Ireland. Further, under the UK Regulations, the authorities have the power to detain a ship if anyone attempts to navigate it out of a port without a valid DoC and to refuse entry of a ship to any port in the UK if another Member State has issued an expulsion order against it.