An arbitration agreement: do you have one? 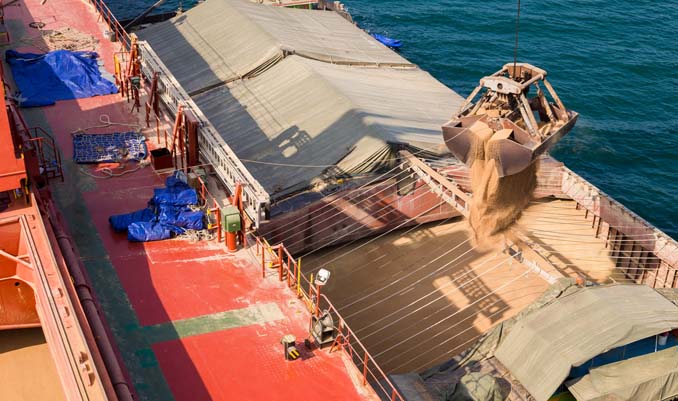 This case involved an appeal of an arbitration award under Section 67 of the Arbitration Act 1996, concerning whether an Arbitration Tribunal had jurisdiction to decide that there was a binding arbitration agreement in place between the parties.

The parties had been negotiating an FOB contract, through brokers, for the sale of grain from Ukraine, however the negotiations subsequently broke down.

The material correspondence relevant to the appeal was exchanged between 9 and 14 March 2018. In that correspondence, the Claimant sellers offered 50,000mt of wheat with payment cash against documents, delivery to occur between 5 to 20 April 2018. The negotiations culminated in the following exchange between the parties’ brokers on the 9 March 2018, “firm offer”/ “firm counter-offer” / “Pls book it” “OK book it” “Booked on 2015.20” – “Super”.

In the correspondence after 9 March, the Claimant’s broker sent to the Defendant buyers draft conditions (which included a GAFTA arbitration clause). Several exchanges ensued relating to various terms, some of which were agreed, and some were not.

In its award the Tribunal found that (i) a contract had come into existence on 9 March; (ii) the contract contained a GAFTA arbitration clause; (iii) as a result they had jurisdiction to determine the disputes.

The sellers appealed to the English Commercial Court, applying under Section 67 of the Arbitration Act 1996 to challenge the finding of the Tribunal that it had jurisdiction. An application under Section 67 of the Act 1996, is effectively a re-hearing and the parties are not limited to the contents of the award but may submit new evidence/arguments not adduced in the arbitration.

The Claimant’s case was that even if there was a valid contract on 9 March, there was no consensus between the parties in relation to an agreement to arbitrate and so the Tribunal lacked jurisdiction to determine the disputes.

The issues to be determined by the Court were:

The Court held that although they agreed with the Tribunal that a contract had come into existence on 9 March 2018, no arbitration agreement had been concluded between them and neither could one be implied by the reference to an GAFTA arbitration clause in subsequent correspondence.

The silence of the parties with respect to the arbitration clause was not enough to imply an agreement to be bound by it. Something more would be needed to demonstrate this, such as clear acceptance in writing.

This decision serves as a useful reminder for parties to pay careful attention to the terms of any jurisdiction clauses when negotiating contracts.

It goes without saying that if no arbitration clause applies, it leaves the parties in the uncertain position of establishing which forum has jurisdiction to determine disputes which may arise; including addressing the question as to whether a contract had come into existence in the first place.

The parties (including any brokers) should be very wary of undertaking negotiations on an assumption that an arbitration clause would be implied by the court. Parties should, as far as possible, set out express and clear provisions in this regard as early as possible in any negotiations to establish what jurisdiction provisions apply.

A full copy of the judgment can be found here.