Bad bunkers – has your ship been damaged and, if so, what can you do about it? 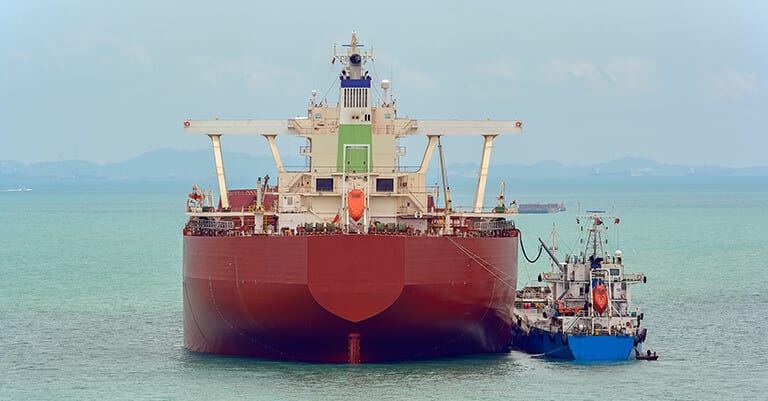 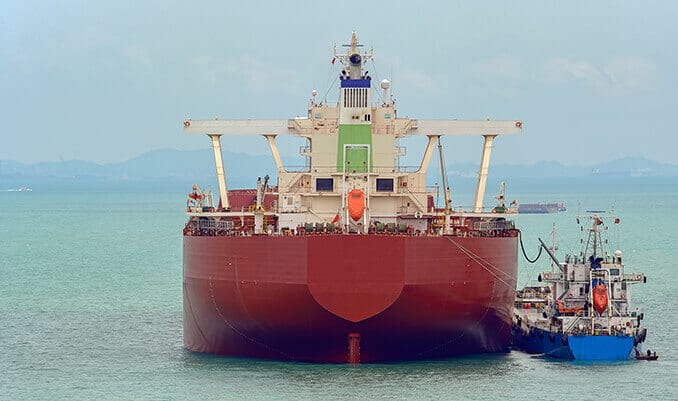 In recent months there have been dozens of reports of problems with fuel supplied to ships at various ports.   It is believed that over 100 vessels took contaminated fuel onboard in the US Gulf and Panama earlier this year with further similar rogue supplies at Singapore and Malaysia.   Court proceedings are now underway in the US against a number of bunker suppliers with predictions of a tidal wave of litigation to come.

In most cases, the fuels supplied initially appeared to be on-spec but were later found to be contaminated with phenolic compounds and other substances such as petroleum coke following re-testing with more advanced testing methods such as Gas Chromatography Mass Spectrometry (GCMS).  These contaminants can result in issues such as clogged filters and sticking fuel pumps which can lead to main engine damage and loss of power giving rise to the risk of serious incidents such as blackouts, groundings and collisions.

The industry has responded by beefing up bunkering policies and bunker clauses in charter parties.   In many cases, it has been impossible for ship owners to get the results back from thorough testing before they need to use the fuel.  This means that ship owners are forced to take a gamble.   Many owners are now insisting on “pre-testing” i.e. testing the fuel as it comes out of the refinery on to the bunker barge and some days ahead of the actual supply.  However, this is still open to abuse given that there is a period on the barge itself when contaminants could be introduced by less reputable suppliers.

From the lawyers point of view, we are increasingly approached by ship owner clients who have encountered problems with their engines and are facing expensive repair bills.   In some cases, ship owners only suspect a problem when they have to replace fuel pumps and filters more regularly.  In more serious cases, the ship has broken down due to excessive wearing of pistons/cylinder liners.   That can lead to all sorts of claims i.e. towage, salvage and/or General Average as well as the cost of putting right the problem itself.

The first thing that we look at when we suspect a potential fuel issue is the bunker supply contract itself and, in particular, whether there are any time bars or exemptions from liability.  Many of the cases in the US are against bunker suppliers seeking to rely on time bars and exclusion clauses in circumstances where they have supplied poor quality fuel.   One of the big problems for ship owners (and charterers if they are responsible for ordering fuel) is the fact that their window to sue the supplier is often limited.  In many cases, the time bar runs from the date of the supply and the problem arises much later by which time any claim against the bunker supplier is arguably time barred!

If the ship owner has let his ship on period charter then the obvious target for a recovery is the time charterer who themselves may have sub-let in which case they can pass the claim down.    The terms of the bunkering clause in the charter are critical. In some cases, there may be express and/or implied terms that the fuel should be reasonably fit for use and/or of satisfactory quality for use in the engines.   In other cases, the obligation on the charterer may be reduced to one of compliance with traditional fuel standards i.e. ISO 8217:2012 in which case they may be able to escape liability.

Against this backdrop, we also have the 1 January 2020 deadline for compliance with the IMO’s low sulphur requirements and the prospect of extensive fines for infringements.   Bunker claims are therefore highly topical at the moment and we would urge any ship owner who suspects that their vessel may have been adversely impacted by poor quality fuel to notify their insurers and seek legal advice as soon as possible.    The prospect of making a successful recovery depends on fast action being taken to preserve evidence (especially samples), engage experts and protect time bars as well as to obtain security for the claim if possible.    Owners should also take steps to mitigate as soon as they suspect poor quality fuel as the origin of problems.  They should switch to alternative tanks and/or consider de-bunkering on notice to their charterers/the bunker suppliers.  We have seen failure to mitigate being raised as an argument by a number of charterers to try to reduce their exposure to the owners under the time charter.

Over the years, we have handled hundreds of bunker claims both for owners and time charterers.  We are familiar with many of the scams and we have worked with the leading bunker experts to stay one step ahead of the latest problems.  We are therefore well placed to advise and protect the interests of clients who have been adversely affected by poor quality fuel supplies.