Constructive total loss – what is it and when does it arise? 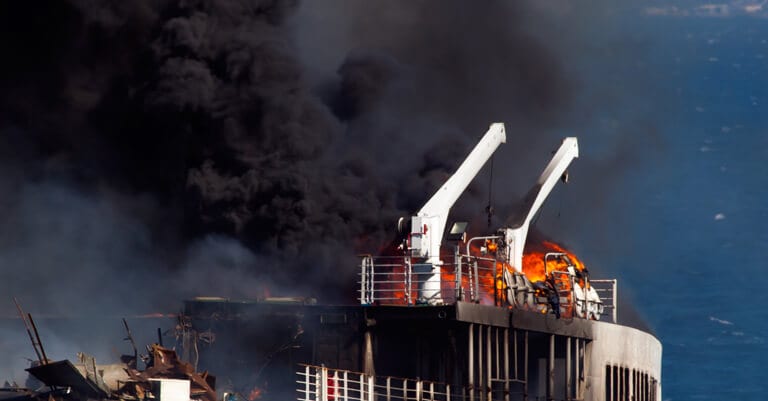 For many years the subject of whether it is worth repairing something has led to issues between insurers and their assured. Of course, it is easy enough when a ship sinks and is totally lost but what happens where there is a casualty and the ship is damaged? At what point can it be said that the ship is not worth repairing? At what point is it deemed to be a constructive total loss or a CTL as we commonly call it? Furthermore, what does one take into account when calculating if a ship is or is not a CTL?

The facts in the Renos were pretty simple. She was insured for $12m and had increased value insurance of $3m. Fire was an insured peril. After a fire in the engine room in August 2012 salvors were appointed under a LOF and they invoked the SCOPIC clause.  All very straightforward and usual. As we all know SCOPIC is a tariff-based system and costs can quickly run up.

The Owners and Insurers could not reach agreement on the extent and costs of the repairs. Again, not unusual where the vessel is badly damaged and there are multiple options.  Is the cheapest yard/ quote the best option given the risks of overruns and the expense of getting there? Eventually, after some months, the Owners elected to abandon the vessel on the basis that it was a CTL.

The Hull and Insured Value insurers defended the claim on three fronts:

The Court of Appeal upheld Knowles J’s decision in the Commercial Court.

It is important to note that the decision of the Courts to validate the tendering of the NOA was mainly down to a question of fact. Owners should continue to tender NOA as soon as is practicable in order to avoid losing their right to abandon the vessel. The decision to allow SCOPIC expenses may yet be subject to an appeal to the Supreme Court. In the absence of a successful appeal, it is highly likely that Insurers will be looking into additional clauses in policies to exclude such expenses and to push for amendments to the SCOPIC clause.