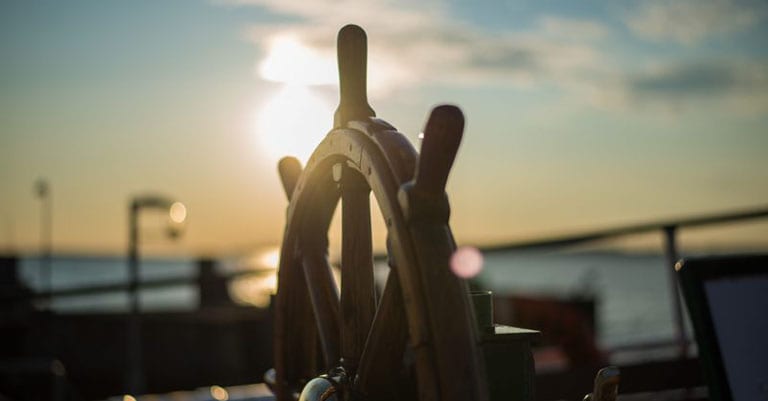 It’s not often that collision cases make it to the Court of Appeal. However, large sums were at stake for the Owners of the EVER SMART as they were deemed predominantly to blame for the collision that took place in the early hours of 11 February 2015 as their vessel collided with the ALEXANDRA 1. The EVER SMART was exiting the narrow channel leading to Jebel Ali. The ALEXANDRA 1 was waiting in the pilot area to pick up the pilot who had just left the EVER SMART.

Both vessels were found at fault by the first instance judge and we commented on that decision back in April 2017.

EVER SMART appealed the first instance decision and ALEXANDRA 1 interests cross appealed. The main argument on appeal was that Rule 15 (the crossing rule) should apply and not Rule 9 (the narrow channel rule). If the crossing rule applied then ALEXANDRA 1 would be the give way vessel and it was said that this would lead to a dramatically different outcome in terms of liability for the collision.

The Court of Appeal unanimously upheld the first instance decision of Mr Justice Teare. It was held that the crossing rule did not apply in circumstances where one vessel was exiting a narrow channel and another was making to enter the channel. EVER SMART interests argued that in certain hypothetical situations, for example where ALEXANDRA 1 had been approaching the entrance to the channel from East to West rather than from West to East (as was in fact the case), then in the absence of the crossing rule, there would be no rule of priority between the two vessels. The answer to that was that Rule 2 would apply and good seamanship principles would operate to enable ALEXANDRA 1 to ensure that she got over to the starboard side of the channel.

Although not relevant to the outcome, as it was held that the crossing rule did not apply, the Court of Appeal also went on to uphold the first instance judge’s finding that the vessels could not be crossing because ALEXANDRA 1 was not on a course but rather waiting for a pilot.

Finally, on the issue of the 80:20 apportionment in favour of ALEXANDRA 1, the Court of Appeal dismissed the argument raised by EVER SMART that the judge had misdirected himself by making too much of the excessive speed of the EVER SMART. This related to the fact that the judge had decided that excessive speed not only caused the collision but also increased the damage sustained. It was argued that this “double counting” led to a higher percentage of blame being allocated to the EVER SMART than ought to have been the case. In this context, the Court of Appeal held that the first instance judge had directed himself properly and his approach was entirely in line with the principles set out in the earlier case of The Nordlake (2016) 2 All ER (Comm) 449. The apportionment was therefore held to be correct and the appeal was dismissed. The cross-appeal was also dismissed.

Although the appeal failed, the fact that the Court of Appeal had a chance to consider the impact of the crossing rule at the entrance to narrow channels is of itself important. The decision also upholds a lot of the findings of Teare J in The Nordlake which has been acknowledged as the benchmark for ascertaining the correct approach to take towards apportionment of liability in collision cases.