Fraud, lies & liquidation? Is this the future of shipping? 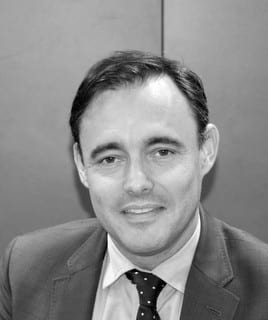 Each November the international maritime industry holds its annual dinner in London. It’s a chance for those who owe their livelihoods to the shipping business to rub shoulders. Over the last ten years the mood has progressively worsened. It’s hard to recall the pre-Lehman days when credit was freely available, Chinese demand was booming and there were not enough ships in the world. All the talk this year was of bankruptcy and how to survive the unprecedented market conditions.

It was against this background that I drew breath when asked by a prominent banker for my views on the future of the shipping business. I was quick to point out that he might be better off asking one of the many brokers milling around the room. However, he said that he’d be interested to hear a lawyers’ view. Thus it was with some trepidation that I started to speak. My views are of course from a lawyers’ perspective and based on my 23 years of experience. Broadly, I set out three trends.

Firstly, there will be more liquidations. That seems the next obvious phase. Shipping lawyers have been through the years of litigation caused by the 2008 crash. Contracts were breached. There was a mad scramble to secure claims and many disputes came before the Courts and Tribunals. We then advised on various restructurings and re-financings in an attempt to help ship owners to keep their heads above the waterline. We saw new investors come and go and new projects were implemented and later abandoned (particularly those in the energy sector). The belief that an upturn is “just” around the corner has been progressively eroded. The collapse of Hanjin and recent signs of banks taking a much tougher line is a sign that time may be running out for some ship owners.

Insolvency and liquidation invariably involves legal work and so shipping lawyers will benefit from this trend. Creditors need legal representation but they often find themselves with limited options. The UK is a party to the 1997 UNCITRAL Model Law on Cross Border Insolvency as embodied here in the 2006 Cross Border Insolvency Regulations. It follows that there is usually a compulsory stay of legal proceedings in favour of the country where the insolvent company has applied for protection and potentially liquidation. As such, there is only so much that can be done. In some cases, we find a way around the problems and manage to obtain security for our clients’ claims but, more often than not, creditors will only get cents on the dollar. For these reasons, re-structuring has been the preferred model. We have been involved in creating elaborate re-structuring schemes for our clients. Some involve additional security. Some involve profit sharing and deferred benefits. However, there is only so far that one can go when it comes to re-structuring. Ships are assets that have an economic life of about 20 years. We are now entering the 9th year post crash and so time is running out for some ship owners.

The second trend that we have seen is an increase in fraudulent insurance claims. This has led to insurers taking a tougher line on all insurance claims. One recent case before the High Court involved the loss of a vessel called the “Atlantik Confidence” which caught fire and sank off Oman in April 2013. After hearing all the evidence, Mr. Justice Teare’s conclusion was that the vessel was deliberately sunk by the Master and Chief Engineer at the request of Mr. Agaoglu, the alter ego of the Owners, so that he could collect the insured value. See Kairos Shipping Ltd and another v Enka & Co LLC and others (“The Atlantik Confidence”) [2016] EWHC 2412 Admlty.

There is no doubt that fraudulent claims are more likely to appear in poor markets due to the actions of some disreputable ship owners. The insured value of the “Atlantik Confidence” was reported to be US$22M compared to a market value of around US$7M at the time of the loss. Such claims make it more likely that insurers will question insurance claims and so there will be more work for lawyers on both sides of the fence i.e. for insurers and for assured ship owners.

Whilst incidents of deliberate sinking are rare, the line becomes blurred when it comes to inflation of claims and inclusion of items that may not necessarily be covered under the hull policy. One example is the blurring of repair works with owners’ maintenance when a vessel is in dry dock for repair after a casualty and obtaining repair estimates with a view to pushing them to the point where the vessel may be considered to be a constructive total loss.

In the wake of the “Atlantik Confidence” many insurers are looking carefully at claims presented to them and, in some cases, at claims that they may have paid or secured with a view to recovering the sums already paid out. The hull insurer in the “Atlantik Confidence” is said to be looking to recover the sums paid out and the ship owners’ P&I Club may also look to recover the claims that they have secured. It seems inevitable that insurers will start to take a much more forensic examination of claims which may delay the settlement of some valid claims. As a result, there is scope for shipping lawyers to get more involved in this process.

Finally, the recent decision in the Supreme Court case of the “DC Merwestone” has rather shocked the insurance market because it appears to condone the telling of lies in the context of the presentation of an insurance claim. It used to be the case that the telling of a lie by the assured would automatically void the claim even if the claim would have been otherwise valid. The Supreme Court has now overruled this principle and said that an assured may tell a lie where he believes that the lie might help his claim but where the lie is not in fact material to the validity of the claim. In other words, if the claim would have been valid regardless of the lie then it remains valid and the lie is immaterial and goes unpunished. This approach makes the investigation of claims more difficult for insurers. A lie can often head off a line of enquiry that might, if pursued, lead to a right to decline the claim. It is often difficult for an insurer to know if the lie is material at the time it is discovered as that may only become apparent later. See Versloot Dredging BV and another v HDI Gerling and others (“The DC Merwestone”) [2016] UKSC 45.

Insurers have had a pretty rough time this year when one considers the introduction of the new 2015 Insurance Act, the 2010 Third Party Rights against Insurers Act coming into force and the “DC Merwestone” decision. There has been a change of emphasis in favour of the assured rather than the insurer. That may be welcomed by ship owners and other consumers of insurance products but insurers are looking at ways to deal with the harsher regime, for example by contracting out of the new act and by increased vigilance at the investigation stage of any claim. That is likely to involve increased work for shipping lawyers on both sides of the fence.