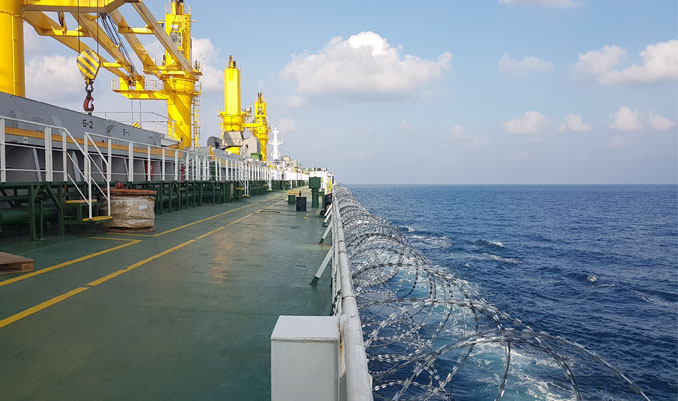 For the first time, the English High Court has considered whether a war risks insurance clause (or equivalent) in a charterparty is incorporated into a bill of lading. The court also considered the novel point relating to the effects of insurance provisions in a charterparty on a claim for general average (“GA”) against bill of lading holders. This case is also a rare example of a successful appeal of an arbitration award to the English High Court on a point of law, under section 69 of the English Arbitration Act 1996.

The mv POLAR was hijacked by pirates in October 2010 during a transit through the Gulf of Aden. The vessel was released following a ransom payment made by the shipowner, Herculito Maritime Limited (“Herculito”). Herculito then brought a claim in GA, to recover the expenditure incurred when making the ransom payment.

The GA claim was brought against Gunvor, who were the lawful holder of six bills of lading (“the Bills”) issued for the carriage of the cargo on board. The Bills contained general words which purported to incorporate “terms and conditions, liberties and exceptions” of the charterparty between Herculito and its charterers.

In defence of the GA claim, Gunvor argued that Herculito’s only remedy, for any ransom payment made, was to recover the same under their Kidnap and Ransom and War Risks insurance policies, the terms of which were incorporated into the Bills. Pursuant to the charterparty, the premium for these policies was payable by the charterers.

In the arbitration, the Tribunal was asked to rule on two preliminary issues:

The Tribunal answered “yes” to both questions and therefore found that the Owners were not entitled to recover the ransom from Gunvor in GA. The Owners appealed to the English High Court.

Sir Nigel Teare, presiding in the High Court, agreed with the Tribunal’s answer to the first question but took a different view regarding the second question.

However, the Court held that there was no such code or agreement as between Herculito and cargo owners Gunvor and disagreed with the Tribunal’s findings on this point. The Court referred to recent cases such as the Evia No. 2 [1] and the Ocean Victory [2], both of which dealt with instances where one party agreed to look only to its underwriters for a particular loss. In each case, a key factor was an agreement that the contractual counterparty should pay for the relevant insurance premium.

Crucially, in this case Sir Nigel Teare held that Gunvor had not agreed to pay for the premium. In the absence of that agreement, there were no words in the Bills which established an insurance “code” or said that Herculito had agreed to look only to its insurers and not claim against Gunvor for its contribution in GA.

The Court therefore rejected Gunvor’s defence and held that there was nothing in the Bills preventing Herculito from seeking a contribution in GA from Gunvor for the ransom payment.

Although this judgment relates to piracy, it has wider application to many involved in the shipping, insurance and trade sectors. In particular, this decision is relevant to any agreement by charterers to pay insurance premiums for any types of losses and how this affects the liabilities of a bill of lading holder in respect of losses falling within the relevant insurance policy. In light of this decision, and as always, parties should be mindful to word relevant provisions carefully to reflect the agreed risk allocation between the parties.

The decision is being appealed and we will report more once the appeal judgment is handed down.

A link to the full judgment can be found here.