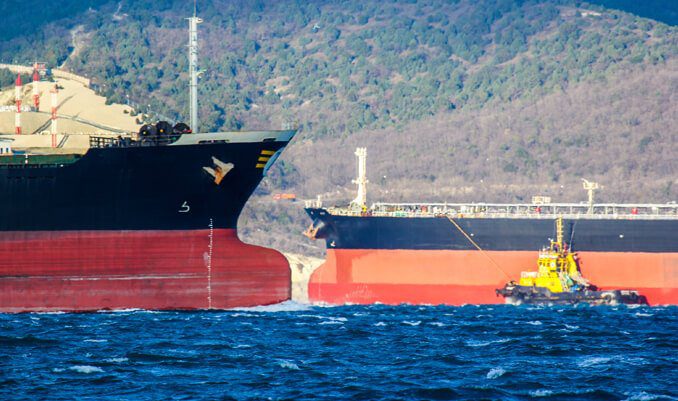 Sorting out the law and jurisdiction following a ship collision is one the most important things to deal with in the immediate aftermath of the casualty. It’s sensible to record any agreement in the form of a Collision Jurisdiction Agreement, often on the standard wording suggested by the Admiralty Solicitors Group, i.e. the ASG 2 form. However, what happens when this is not done?

This issue came up in a recent case before the Commercial Court1 . It was alleged that the parties had reached an agreement during the course of negotiations, but there was no record of any agreement in the form of an ASG2 form.

The facts can be found in the case report but the key issue was that the parties’ respective P&I Clubs entered into negotiations over applicable law, jurisdiction and security following the collision. Some two years later, and just prior to the time bar, one party (the Respondent) issued proceedings in Singapore and arrested the other party’s vessel to obtain security for their claim. Security was provided but the Applicant applied to the English Court to obtain an anti-suit injunction to restrain the Singapore proceedings and seek a return of the security on the grounds that there was a breach of the jurisdiction agreement reached between the parties some two years earlier.

The Applicant alleged that the various email exchanges between the P&I Clubs in question was evidence of a firm agreement notwithstanding that no ASG2 form had been signed. The Respondent argued that the email exchanges should be construed objectively and that evidence of subjective belief was irrelevant. It was said that there was no meeting of minds and that the correspondence expressly stated that a draft agreement would be sent “for approval”.

The Court declined to issue the injunction finding in favour of the Respondent. The principal ground was that the ASG2 form was never executed and so it was held as a matter of fact that there was no concluded agreement. On that basis, there could be no injunction to restrain the Singapore proceedings.

Joshua Geesing
Associate
BDM is a specialist shipping law firm offering high quality legal advice and representation at a reasonable price. Please follow us on social media by clicking below.