No strings attached: the shipowner’s unfettered right to collect bill of lading freight 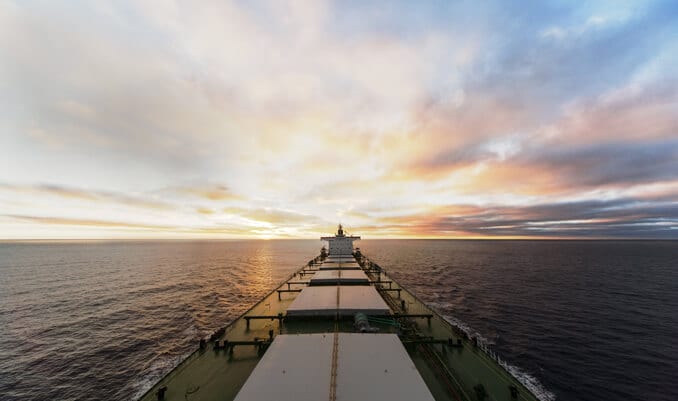 The English Commercial Court has held that a contractual carrier under a bill of lading has an unrestricted right to collect bill of lading freight, even where freight is payable “as per the charterparty”, meaning to someone other than the carrier. In doing so, the Court concluded that a time charter on an amended NYPE form does not include an implied term restricting the shipowner’s right to collect freight and provided a useful summary of the requirements (and challenges) of implying terms into contracts.

Two bills of lading were issued by the Owners after the loading of the cargo at Richards Bay, stating that freight was payable “as per the charterparty”. The charterparty was not identified, but it was a common ground that this was a reference to the voyage charter. The voyage charter provided that freight was to be deemed earned on loading and was payable within 45 days of the Vessel sailing from the load port and after receipt of the freight invoice.

On 19 August 2013, the Vessel ran aground shortly after departing Richards Bay port. The incident resulted in the loss of the Vessel and cargo and a significant wreck removal operation.

At the time of the incident, the first instalment of hire had already been paid to Owners in advance by the Charterers. Shortly thereafter, the Charterers issued a freight invoice to GNR, representing 100% of the voyage charter freight. Before payment was made, the Owners issued invoices to GNR for freight under the bill of lading and revoked the Charterers’ authority to receive freight.

A dispute arose as to who was entitled to receive the freight and the parties subsequently entered into a tri-partite escrow agreement in respect of the competing freight claims. Nearly two years later, GNR paid a small proportion of the freight into the escrow, shortly after which GNR was wound up.

The dispute was submitted to London arbitration by the Owners, in which they claimed significant damages arising from the loss of the Vessel. The Charterers counterclaimed the balance of freight that they could have recovered from GNR if it were not for the Owners’ actions.

Owners were granted permission to appeal the award to the Commercial Court under section 69 of the Arbitration Act on the following question of law:

In summary, the Court allowed the appeal and held that there was no such implied term.

The Court considered the grounds on which a term may be implied into a contract, with regard to the legal test established in Marks and Spencer plc v BNP Paribas Securities Services Trust Company (Jersey) Ltd [2016] AC 742. In particular, a term may be implied on the basis of business necessity or obviousness. In this case, the Court felt that neither ground was satisfied.

In its reasoning, the Court highlighted that where a shipowner collects freight due under the bill of lading, there is an obligation to account to the charterer for any excess in the amount of freight collected, over the amount due under the charterparty. This being the case, the terms of the current Charterparty (or time charters in a similar form) had commercial and practical coherence and worked satisfactorily, without the need for an implied term restricting the shipowner’s right to intervene.

This judgment provides welcome clarity regarding the scope of a shipowner’s right to collect freight even where the freight is payable “as per charterparty” and where there has been no default by the charterers under the head charter. The fact that standard form contracts (such as the NYPE form) were used means that this judgment is likely to have broad application in the maritime industry.

On the back of this judgment, we expect that charterers will attempt to include express provisions in time charters to restrict the shipowner’s right to call for freight. Whether or not these terms are accepted by the shipowner is another matter.

A copy of the full judgment can be found here.