Novel attempt to get around the deck cargo exclusion fails 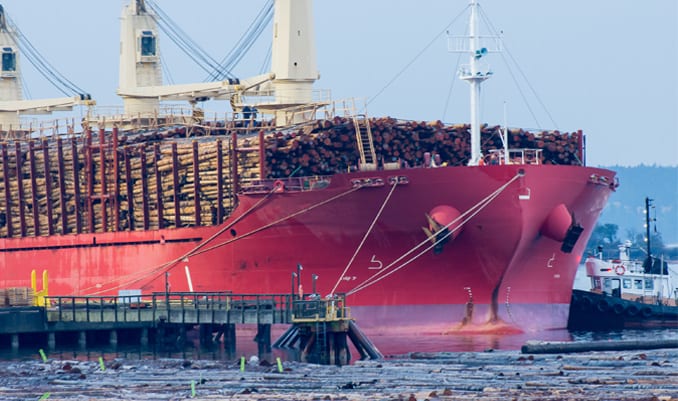 It is always interesting to see novel arguments put forward to seek to get around exclusion clauses. In this case (1), an eloquent argument was put forward that the clause excluding a carrier’s liability for loss or damage to deck cargo did not apply in circumstances where that loss or damage was caused by a failure to exercise due diligence to make the vessel seaworthy.

Historically the risk of loss or damage to deck cargo has remained with shippers and the Bills of Lading, which were subject to the Hague Rules, included the following pertinent clauses:

“The Carrier shall in no case be responsible for loss of or damage to the cargo, howsoever arising…in respect of deck cargo…”

“…loaded on deck at shipper’s and/or consignee’s and/or receiver’s risk; the carrier and/or Owners and/or Vessel being

not responsible for loss or damage howsoever arising”

Faced with the above clauses, cargo interests relied on guidance given by the Privy Council in R v Canada Steamship Line(2), to argue that similarly worded exclusion clauses had been held not to exclude a carrier’s liability for unseaworthiness and negligence. They argued that as neither liability for unseaworthiness nor liability for negligence were expressly referred to in the exclusion clauses, the Court should carefully reflect on whether the clauses would apply in this case.

The carriers relied on precedents laid down in Impact Funding Solutions Ltd v Barrington Support Services Ltd (3) and Persimmon Homes Ltd v Ove Arup & Partners Ltd (4), contending that that Court should follow the modern (and correct) approach to the construction of clauses limiting or excluding liability in contracts agreed between commercial parties. They said that those clauses should be construed in the same way as any other contractual provision. The above provisions in the Bills of Lading clearly excluded liability for the carriage of deck cargo “howsoever arising” and, in the fact of that provision, it was said that there was no need to construe words of limitation or exclusion narrowly or artificially. They invited the Court to follow the obiter decision in “The Imvros” (5). In that case, a similarly worded deck cargo exclusion clause was effective to exclude losses caused by unseaworthiness.

Stephen Hofmeyr QC, sitting as a Judge of the High Court, considered the judgments in “The Imvros”, where similar wording of exclusion have been effective to exclude liability for unseaworthiness and Travers v Cooper (6)where liability for negligence causing cargo loss had been excluded and held  “…I see nothing in the authorities to justify departing from what in my view is a point of construction on which both as a matter of plain language and good commercial sense the Owner is right.” On a true construction of the Bills of Lading, it was held that the carrier was not liable for any loss of or damage to any cargo carried on deck, including loss of or damage to any cargo carried on deck caused by the unseaworthiness of the vessel and/or the carrier’s negligence.