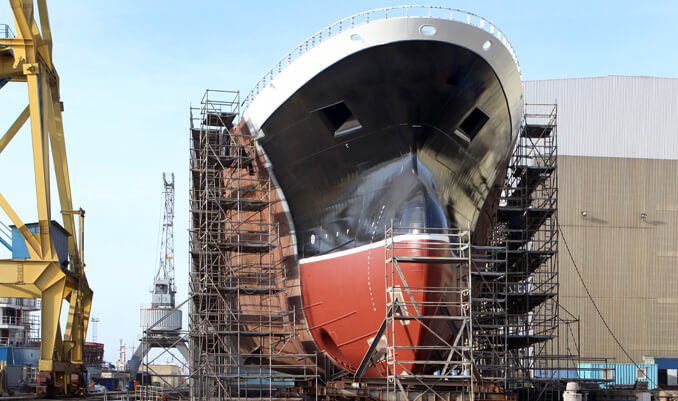 Guarantees go hand in hand with shipbuilding contracts. In most cases, the yard agrees to build the ship in exchange for regular payments handed over by the buyers/ their financiers. Those payments are secured by way of refund guarantees which give the buyers/their financiers the assurance (subject only to the creditworthiness of the guarantor) that they will get their money back if the ship is not delivered in accordance with the contract. The other type of guarantee is one provided by the buyer’s financiers to secure the yard in circumstances where the buyer may not pay.

Both types of guarantee are of vital importance to the ship building process yet all too often they are poorly drafted or, as the recent case of Shanghai Shipyard v Reignwood International Investment 1 demonstrates, the correct procedures are not followed when disputes arise.

In the above case, the Court of Appeal had cause to consider a guarantee provided by the buyers’ financiers (Reignwood) in connection with the construction of a drill ship in China.

It was held that, on its proper construction, the guarantee was an on demand guarantee rather than a surety guarantee (overruling the earlier decision of Robin Knowles J). Lord Justice Popplewell made some interesting observations about the differences between the two types of guarantee in paragraphs 33-35 of his leading judgment before going on to consider the specific language of the guarantee itself. He held that the following words made it a demand guarantee:

“In the event that the Owner fails to punctually pay the Final instalment guaranteed hereunder in accordance with the Contract or the Owner fails to pay any interest thereon, and any such default continues for a period of fifteen (15) days, then, upon receipt by us of your first written demand, we shall immediately pay to you or your assignee all unpaid Final instalment, together with the interest as specified in paragraph. (3) hereof, without requesting you to take any or further action, procedure or step against the Owner or with respect to any other security which you may hold.”

There was however one proviso to payment, namely that:

“In the event that there exists dispute between the Owner and Builder as to whether: (i) the Owner is liable to pay to the Builder the Final Instalment; and (ii) the Builder is entitled to claim the Final Instalment from the Owner, and such dispute is submitted either by the Owner or by you for arbitration in accordance with Clause 17 of the Contract, we shall be entitled to withhold and defer payment until the arbitration award is published…”

On the facts, there was a dispute as to whether the ship was in a deliverable condition and the buyers refused to take delivery of it. The yard demanded payment of the final instalment of US$170M. The buyers failed to pay within 15 days and so the yard called on the guarantee. Some 20 days later, the buyers initiated arbitration proceedings in connection with the dispute and, on that basis, the guarantors argued that they were not liable to pay until the arbitration had been resolved.

It was held that the guarantors were liable to pay. The proviso was not engaged because the dispute in question had not been submitted to arbitration before the call on the guarantee had been made.

There is of course nothing to prevent the buyer from seeking reimbursement from the yard in the underlying arbitration proceedings, provided of course that they succeed in proving that the ship was not in a deliverable condition. However, the proviso was clearly intended to avoid the need for the guarantor to have to pay the final instalment pending the outcome of those arbitration proceedings.

The lesson to be learned from this is that guarantees need to be (1) drafted carefully; and (2) considered promptly once a dispute arises under the shipbuilding contract. It would be wise to engage external lawyers for both. In effect, this guarantee contained a time limit on the guarantor to ensure that arbitration proceedings were properly commenced by the buyer in relation to the underlying dispute. For some reason, that was not done.