Shipbuilding contracts: the end of the ‘prevention principle’? 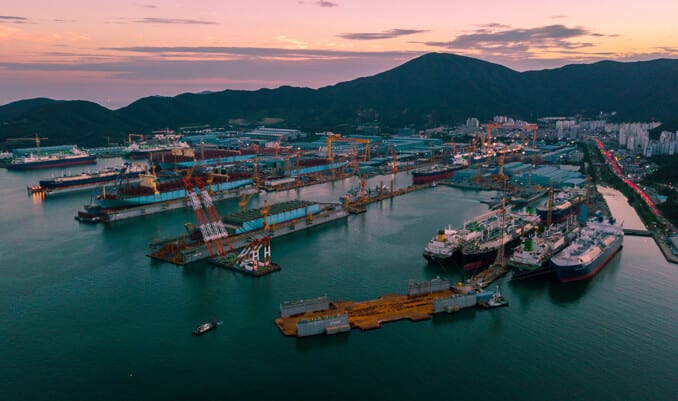 Standard forms, such as the widely used Shipbuilders Association of Japan (SAJ) form, also contain detailed provisions covering the consequences of any delays to the delivery of the vessel. Under the SAJ form, the resulting consequences largely depend upon whether the delay is “permissible” or not:

Notably, if the total number of permissible and non-permissible delays exceed 210 days beyond the original delivery date, the buyer has a right to cancel the contract.

The prevention principle and shipbuilding contracts

The essence of the prevention principle is that a party cannot benefit from its own wrong. In other words, under the SBC a buyer cannot prevent the yard from performing its obligations, while still expecting the yard to complete its side of the bargain, including sticking to the strict timeframes mentioned above.

If a buyer interferes with the work and delays its completion under the agreed timetable, this amounts to an act of prevention by the buyer. In this case, the yard is no longer bound by the strict requirements in the SBC as to time.

The English court’s attitude towards the prevention principle

In recent years the prevention principle has undoubtedly been a popular argument run by yards in shipbuilding disputes. It is safe to say, however, that this enthusiasm has not been shared by the English courts.

Here we examine key points learned from these judgments and most particularly the latest Jiangsu judgment handed down in April 2020.

In the Jiangsu case, the buyer contracted with the yard for the construction of fourteen bulk carriers. Each contract was on an amended SAJ form and contained the typical provisions relating to permissible and non-permissible delays.

Following successful delivery of the first two vessels, the next four vessels (hulls 17B, 18B, 19B and 20B) were rejected by the buyer on the grounds that they were defective. The yard disputed these rejections and argued that this had delayed the construction of the next two vessels (hulls 21B and 22B) in the series, since hulls 17B-20B were left occupying berth space at the yard.

Ultimately, the yard failed to deliver hulls 21B and 22B by the contractual delivery date, even taking into account 150 extra days of non-permissible delays. The buyer cancelled the contracts and claimed recovery of its pre-paid instalments of the purchase price.

The yard treated the cancellations as a repudiatory breach of each contract and claimed that the buyer’s rejection of hulls 17B-20B was an act of wrongful prevention, thereby excusing the yard from delays to hulls 21B and 22B. In response, the buyer argued that the wording of the SBCs excluded the prevention principle since the contract provided a complete regime for how such delays were to be dealt with.

The decision by the Tribunal and High Court

The dispute was referred to London arbitration and the Tribunal found in favour of the buyer. The Tribunal held that if the buyer’s rejection of hulls 17B-20B was indeed wrongful, then this would amount to a permissible delay under Article VIII.1. The Tribunal found that the words in Article VIII.1 “other causes beyond the control of the [yard] or of its sub-contractors”, were wide enough to cover the delay caused by the buyer’s act of so-called prevention.

The yard appealed the English High Court, which upheld the Tribunal’s decision. While the court accepted that the prevention principle was an implied term in the SBCs, the court agreed with the Tribunal that the delays caused by the buyer’s rejection of Hulls 17B-20B fell within the definition of permissible delays under Article VIII.1 of the contract. The court therefore found that the contract provided for an extension of time for such delays and so the prevention principle could not apply.

One message is clear from the recent judgments: if the SBC contains a time extension regime which covers the delay in question, it will be very difficult for any yard to be able to rely on the prevention principle for that delay. In particular, if the SBC contains the catch-all provision “other causes beyond the control of the [yard] or its sub-contractors” such as in Article VIII.1 of the SAJ form, this is likely to include delays caused by the buyer and make it all but impossible for yards to rely on the prevention principle.

While the SAJ form is the most widely used newbuilding standard form, other popular forms such as BIMCO’s NEWBUILDCON, may give more scope for the prevention principle to apply. For example, clause 34(a)(i)(10) of this form provides that causes of delay beyond a yard’s control should be “of a similar nature” to the other causes listed. This clause is therefore more restrictive than the catch-all provision in the SAJ form. As a result, it may be arguable that some delays by buyers fall outside this provision and that the prevention principle could apply.

The recent decisions also highlight the importance of notice requirements under the SBC. In particular, in order for a yard to claim an extension of time for delays caused by the buyer, it must notify the buyer of its claim for such delays under Article VIII.2 of the SAJ form.