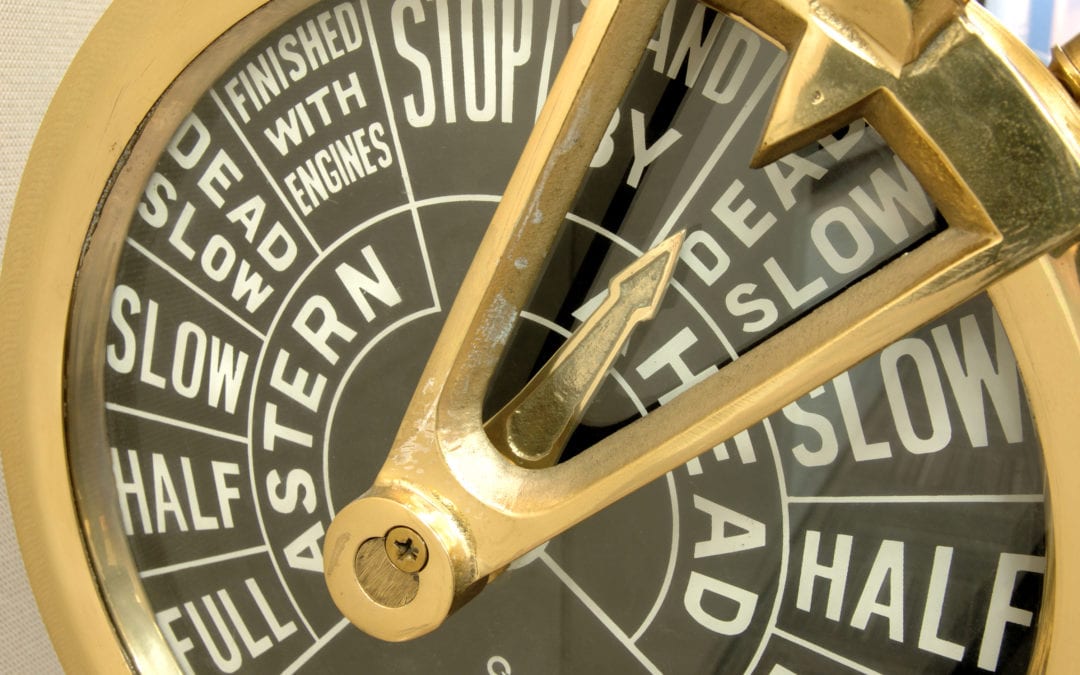 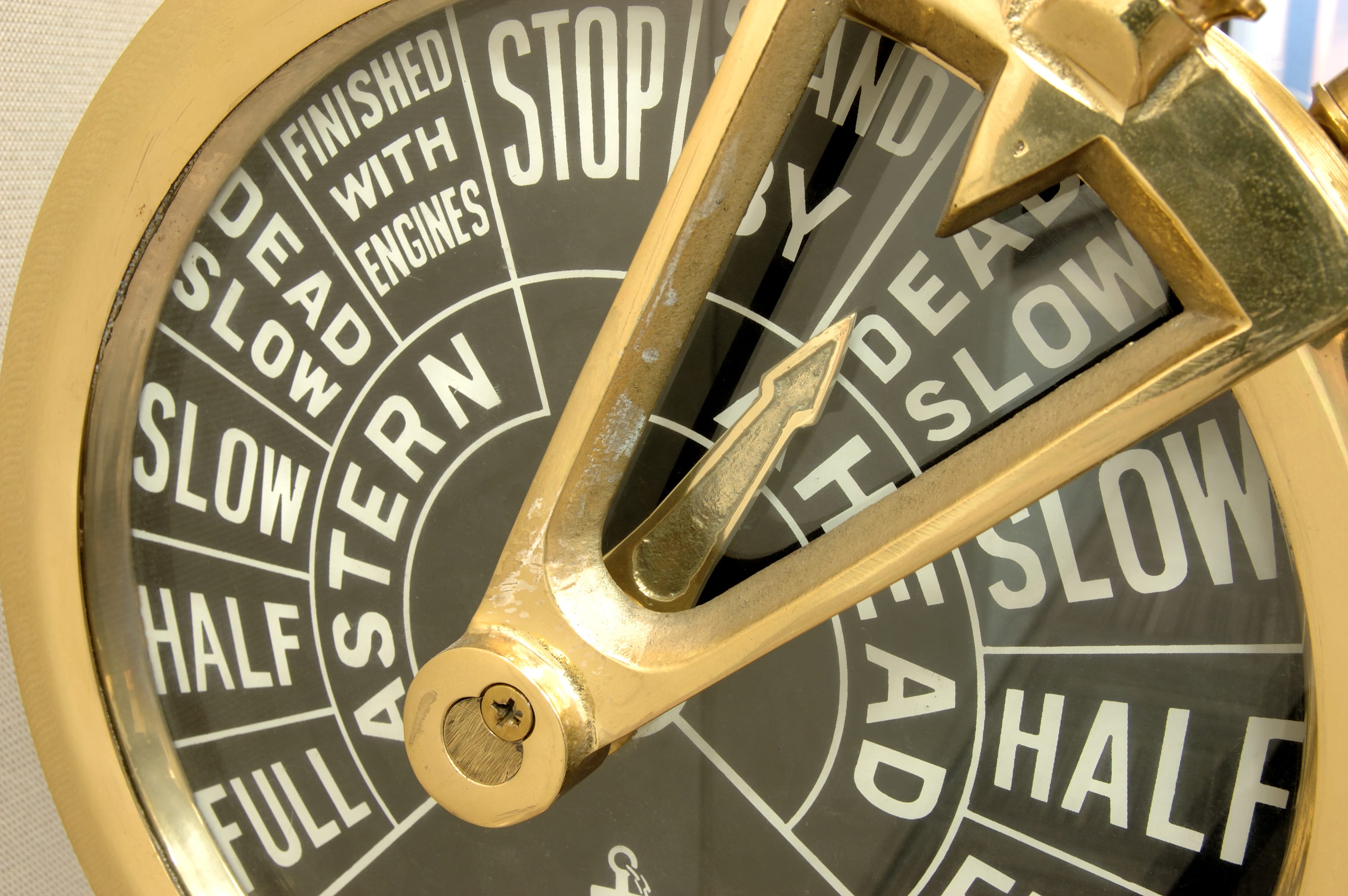 Our team has recently been involved in a series of speed and performance claims.  We felt it might be useful to share some of the more common questions with our clients and followers:

1. Is there in fact a speed and performance warranty?

A – It depends on the words used in the charter.   Most charterers will insist on some form of warranty.  After all they are paying hire for the vessel based on its rating.  They want to make sure that the vessel performs in accordance with that rating in average sea conditions.  Words such as “in good faith all going well”,  “without guarantee” and “without obligation” are likely to mean that there is no warranty merely a good faith estimate of the speed and performance.

2. If there is a warranty then is it conditional?

A – Conditional means that there is some wording to qualify the warranted speed and performance.  The most obvious example is “in good weather conditions” or the condition can be more definitive, for example “good weather/ smooth sea up to max Beaufort Scale 4/ Douglas Sea State 3, no adverse currents, no negative influence of swell”.

3. What does “about” mean in the context of speed and performance?

A – one often sees the word “about” used to qualify the speed and consumption, for example “about 14.5 knots on about IFO 30MT main engine per day”.   In the Al Bida [1987] 1 Lloyds Rep. 17 it was said that the term “about” implied a margin to be assessed by reference to the characteristics of the vessel on a case by case basis.   That was not particularly helpful and so the common practice is to allow a margin of 0.5 knots for speed and a margin of 0.5% for consumption.    Another issue that often arises is whether one allows a margin for speed and consumption.  Again we have seen disputes on this but where the term “about” is used twice then a double allowance is the norm.

4. What is meant by “average speed” and “average consumption”?  Over what period does one calculate the average?

A – In many cases the charter will define the period for calculating the average.   Absent any such provision, the average will be taken over the course of individual voyages (see the Al Bida [1987] 1 Lloyds Rep 17) and margins are not usually implied.  There are sometimes disputes over the calculation of average speed and consumptions especially in the context of a short initial period where the vessels performance may be manipulated to gain a longer term advantage.    The rule is that averages should be calculated in good faith and any attempts by the owner to manipulate the averages would likely result in the Tribunal seeking to establish the true average speed and performance via other means.

5. Does one have to consider the effect of “currents” when calculating average speed?

A – Obviously if the clause says “no adverse currents” then one has to take that into account.   However, if the clause does not mention current then the common practice is to ignore current unless it is a substantial factor.   In other words a negligible current would probably be ignored.   There are conflicting arbitration decisions on currents and no English case law.  That position is likely to remain as it is for some time given that these issues rarely get to the Court.

6. What is good weather?

A – where “good weather” is not defined, then arbitrators have to take a decision as to what the parties mean by “good weather”.   Applying previous arbitration decisions, the likelihood is that “good weather” periods would be taken as periods where the wind speeds are no more than Beaufort Scale 4 and Douglas Sea State 3.   However, that is by no means the rule in all cases.  The recent trend towards on board telemetrics and advanced weather monitoring on the interpretation of “good weather” remains to be seen.

7. What evidence should be used to determine the weather conditions?

A – There is no hard and fast rule and this is where we have seen recent disputes.   The log books are probably the best evidence as they are completed by the crew on the vessel and record the weather conditions pertinent to the specific location of the vessel, whereas meteorological data/ weather routing analysis can only determine the general conditions prevailing in the area.   However, it is often alleged that log books have been manipulated or that mariners failed to properly record the conditions.    If there is a dispute over the conditions then charterers may try to discredit the log books as an accurate source of information.  The ship owner may end up facing allegations that the crew were not diligent in their completion of the log entries.

A – If the ships performance has been accurately described at the outset then hull fouling is the most common cause of reduced performance.  However, there are other issues that may be relevant – for example an unauthorized deviation/ failure to proceed with all due despatch due to attempts to save fuel.   One often sees disputes develop over reduced performance due to hull fouling and/or bunker quality issues.   The ship owner bears the risk of normal hull fouling but if the charterer has used the ship in such a way as to lead to abnormal hull fouling then the ship owner may raise that as a defence to any speed and performance claim.   Likewise, if the charterer has put on poor quality fuel that causes reduced performance/ engine troubles one would expect the ship owner to raise that as a defence to a speed claim as well as putting forward their own counter claim for damages caused as a result of the poor quality fuel.

9. What is the correct way to calculate the claim?

A – The correct way to calculate a speed and performance claim is set out in two leading cases called The Didymi [1987] 2 QB 166 and The Gas Enterprise [1993] 2 Lloyds Rep 352.   Firstly, one looks to establish the actual warranted performance subject to the stated conditions.    Having established the warranted performance one then extrapolates that to the entire voyage including periods of bad weather.     Disputes often occur in this area.   For example, if the warranty is for “good weather/ smooth sea up to max Beaufort Scale 4/ Douglas Sea State 3, no adverse currents, no negative influence of swell”, then one needs to look at the performance during the qualifying periods to see if the ship is actually performing.   Often the qualifying periods are defined – for example “periods of 24 consecutive hours running from noon to noon” so it is easy to work this out.   However, if there is no definition then the position is more problematic.    In such cases, the correct approach is to determine if the qualifying periods are of sufficient length to be representative and, if so, to extrapolate those to the entire voyage.   See the recent case of The Ocean Virgo [2015] EWHC 3405 where the arbitrators held that there was no breach of the warranty because there were no qualifying periods sufficiently representative to assess the warranted performance.

BDM is frequently involved in the legal aspects of speed and performance disputes both for ship owners and charterers.   Wherever possible we handle such cases on a lump sum basis and in some cases we can offer a fee structure that responds to the sums successfully recovered in arbitration.