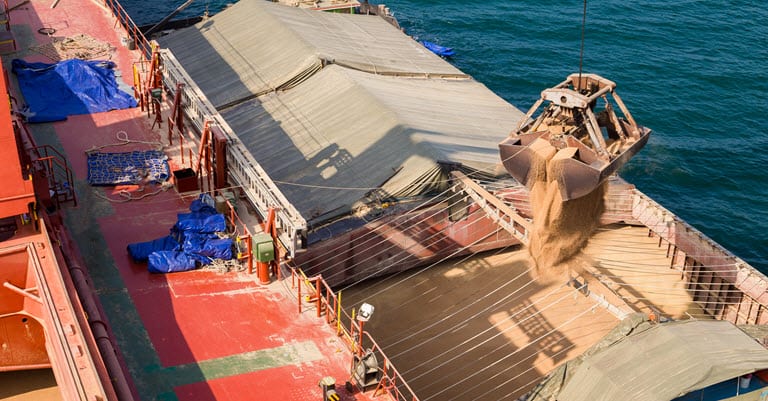 In our line of work, we often experience cargo receivers who use certain tactics to try to get out of a bad bargain. The cargo is purchased in advance and letters of credit are opened which pay against clean documents. However, by the time the cargo arrives the price may have gone down which means the receiver may be looking at a substantial trading loss. As it is difficult to avoid payment under the terms of the credit, receivers often turn their attention to the ship owner and the ship in the hope that they or their P&I insurers will put their hands in their pocket to reduce the receivers’ losses.

The first tactic to watch out for is the receivers’ preferred surveyor who often has a mandate to find some problem with the cargo to justify a suspension of discharge and/or a threatened arrest. The ship owners’ P&I surveyor can try to address this by making sure that any surveys are done on a joint basis and samples are taken of allegedly damaged cargo.

Depending on the outcome of the survey, there is then sometimes a suspension of discharge and/or an arrest or threatened arrest of some kind unless “compensation” can be agreed.

In many cases, the problems identified are no more than superficial issues with the cargo itself. However, in some cases, there is evidence of some very minor damage to 2-3 tonnes across some of the holds. Although this cargo can be easily segregated, such minor damage is often cited as a reason to suspend the entire discharge operation.

In some cases, the Master is persuaded to continue loading during light rain or drizzle or the hatches are not closed quickly enough when there is rain. The Master is put under pressure to issue clean Mates Receipts which means clean Bills of Lading. These seemingly innocent actions can turn into big problems at certain discharge ports. Best practice of course demands vigilance during loading and the insistence of letters of indemnity if asked to sign clean Receipts or issue clean Bills. Such steps however do not protect the ship owner from the problems associated with spurious cargo claims.

The receivers’ aim of course is to demand some substantial discount or settlement from the ship owner. To achieve that aim they may suspend discharge and/or threaten to arrest the vessel unless some cash compensation is paid which often bears no relation to the damage to the cargo itself.

Of course ship owners have P&I insurance to deal with these very issues and in most cases the P&I insurer will step in to assist. However, some receivers will not accept P&I Club letters of undertaking as security and that may mean that ship owners have to consider making funds available in court or with a local bank. The claims are often inflated and cargo receivers insist that any such claims will be determined in the local court which may be slow and biased against the foreign ship owner. All in all this is a recipe for delay and can lead to substantial losses being incurred.

So, what can ship owners do about this?

When it comes to an arrest, the position is more difficult for the ship owner as normally they are required to take steps to deal with any cargo claims arising under bills of lading issued by them as carrier and/or in tort against the vessel. That includes posting security for the claim (if the ship is arrested or detained) and dealing with the claim in the local courts (if jurisdiction cannot be successfully contested). However, if the Inter Club Agreement forms part of the charter and the problem is related to discharge (or failure to discharge) then the costs of dealing with the cargo claim, including any costs of securing that claim, handling it and settling it (if that is the only option available) can usually be recovered from the time charterers provided that all necessary prudent steps are taken by the ship owner.

It follows that the problems of spurious cargo claims usually come back to the time charterers provided that the ship owner takes proper advice and steps to deal with the immediate problem. We are handling many such claims on behalf of ship owners and their P&I insurers and also on behalf of those in the middle of charter party chains where we are passing such claims down the line. If the right steps are taken at the outset then the ship owners interests can be properly protected and any exposure can be minimized.