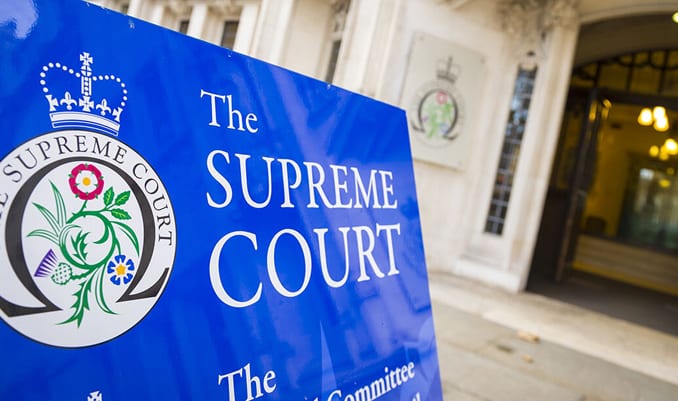 The case arose out of an arbitration award in 2013, whereby Taurus Petroleum Limited (“Taurus”) were awarded USD 8,716,477.00 from State Oil Marketing Company of Iraq (“SOMO”). The seat of this arbitration was Baghdad, but by agreement, the hearings took place in London. Following the Award, SOMO did not pay.

Taurus found out that in a separate deal SOMO had sold two parcels of oil to a Shell Oil company which were to be paid for by two letters of credit, issued by the London branch of Credit Agricole S.A. (“CA”). These LOCs were subject to the Uniform Customs and Practice for Documentary Credits (2007 Revision) International Chamber of Commerce Publication No. 600 (UCP 600). The letters of credit identified SOMO as the beneficiary, however they were addressed to Central Bank of Iraq (“CBI”). Payment under the letters of credit was to be made in New York to the Iraq Oil Proceeds Account at the Federal Reserve Bank of New York.

Following the arbitral award in Taurus’ favour and SOMO’s failure to pay, Taurus made three applications to the High Court:

Taurus then appealed to the Supreme Court, which allowed the appeal by a majority of three to two.

The main points in question in the Supreme Court were as follows:

If CA’s debt under the letters of credit was situated outside of England and Wales, the Court could not make a TPDO. The Supreme Court distinguished from Power Curber v National Bank of Kuwait SAK [1981] 1 WLR 1233 (to which the CoA had been bound in this matter) and determined that the debts were located where the debtor was resident. As the letters of credit were issued at CA’s London branch, which was treated as separate to the main CA office according to the UCP 600, the debts were located in England, and therefore recoverable there.

2. Who is the creditor under an LOC?

The Court could only make the TPDO against a debt owed to the judgment debtor themselves, i.e. only if SOMO was the sole creditor under the letters of credit. The language used in the letters, in particular referring to SOMO as the ‘beneficiary’, was deemed sufficient to show that the primary obligation under the letters was to pay SOMO alone.

3. What were CA’s obligations to the CBI under the LOCs?

As mentioned above, a TPDO cannot be made in respect of property which does not belong to the judgment debtor. The unpaid debts were not CBI’s property. It was proposed by Lords Sumption and Hodge that the TPDO changed CA’s primary obligation (to pay money into CBI’s account for SOMO), in such a way that by complying with their obligations under the TPDO they were in fact discharging their own debt to SOMO. CA’s ‘collateral’ obligation to CBI was to make the payment in such a way as to discharge their primary obligation. Therefore once the primary obligation was complied with, there was no further need for the ‘collateral’ obligation. The dissenting judges’ fear was that by allowing the TPDO, this could in effect create an obligation on CA to make two payments, both to CBI under the LOCs and Taurus under the TPDO.

The order was found to be appropriate on the basis that (i) as SOMO failed to honour the arbitral award, it was entirely predictable that they would be sued in England in order to enforce the award; (ii) for policy reasons, the Court wants to enable enforcement of arbitration awards; (iii) the Court could not treat the Award as an English Court judgment for enforcement purposes, yet then limit enforcement options on the basis that the jurisdiction was not sufficiently connected.

In summary, the Supreme Court has clarified that the location of a debt under an LOC is where the debtor is based, not where the debt is due to be paid. They have confirmed that a TPDO can be made despite the potential for a party other than the judgment debtor to be considered as on the hook (so long as their obligation would be collateral to that of the judgment debtor’s payment). The requirements for granting a receivership order have been widely drafted, therefore offering a degree of flexibility.

It should be noted that Lords Mance and Neuberger dissented on the construction of the obligations of CA under the LOCs and this aspect is likely to be revisited in the future.