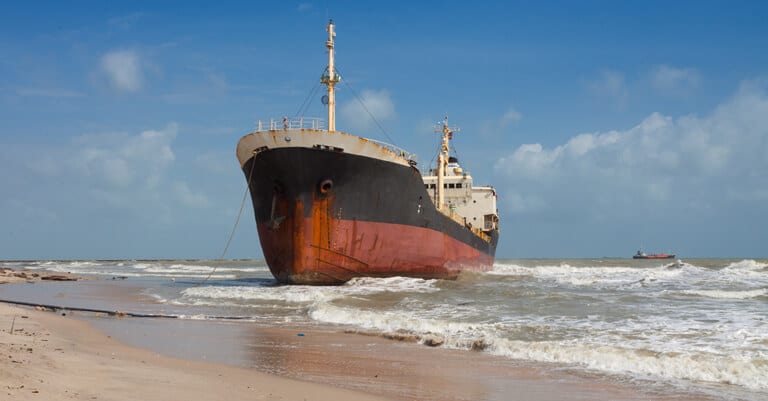 At BDM we endeavour to help our clients at every stage of the shipping cycle. This ranges from advising them on the finance, buying / building the ship, delivery, insurance, chartering, trading and operational issues  –  as well as helping them deal with the bumps and scrapes along the way. One issue that is becoming increasingly problematic for clients is how to dispose of their vessel at the end of its economic life.

Traditionally, clients have preferred to avoid the messier side of demolition by selling to a scrap buyer. They simply deliver the vessel to that buyer in exchange for a cash price and the scrap buyer does the rest. This option however is proving more and more problematic under the auspices of the Hong Kong Convention and the EU Ship Recycling Regulation. The Hong Kong Convention is now being adopted by more and more states and the EU regulation effectively bans the beaching of EU flagged vessels for demolition at anything other than approved facilities – essentially ruling out the most common Asian demolition beaches.   Many scrap buyers have been able to circumvent the problem by switching the flag to a non-EU flag of convenience before demolition but increased regulation has led to closer scrutiny of this process.

There have been significant new developments which clients may need to take into account when deciding between different disposal methods for their vessels. Firstly, the US$1 trillion Norwegian sovereign wealth fund, The Government Pension Fund Global (GPFG), has excluded investments in four leading Asian ship owners and put a fifth under observation [ 1 ]. Norges Bank, which manages the fund for the State, highlighted that the four companies in question had for many years engaged in the practice of ‘beaching’ vessels in Pakistan and Bangladesh. Those companies have effectively been blacklisted from investment for a period of 4 years and possibly longer if they send any further vessels for beaching during this period. Time will tell if GPFG expand these exclusions to other owners and whether other investors follow this initiative. In recent times ship owners have had to rely increasingly on alternative sources of finance which has included export credit agencies and sovereign wealth funds – sources which are increasingly subject to the environmental lobby.

The second development has been a Dutch Court’s successful prosecution against two shipping executives (a third was acquitted) for breaking European Union (EU) waste export laws when they sold four vessels in 2012 for demolition in shipbreaking yards in India, Bangladesh and Turkey [ 2 ] . Current EU regulations call for vessels departing the EU for demolition to be dismantled in an OECD country and a requirement for prior informed consent for such exports. The two executives have avoided custodial sentences but have been banned from working in shipping for 12 months and the company involved has been heavily fined. This could now lead to further investigations into the hundreds of vessels that have headed to Asian demolition yards from Europe since and prior to 2012.

Ship recycling remains a problematic area for ship owners due to the EU’s remarkable unwillingness in approving non-EU facilities notwithstanding that more shipyards in India and Pakistan now boast Hong Kong Convention Statements of Compliance. Realistically, the approved recycling facilities are simply unable to cope with the demand for demolition which leaves ship owners with a dilemma.