Nick is a founding member of BDM and has an extensive client following across South East Asia and Japan. His clients include many of the largest Japanese ship owners, operators and trading houses and those who insure them. Nick also lived in Hong Kong for a while and is dual qualified as an English and Hong Kong lawyer. He has an extensive network of contacts across Asia and represents clients in China, Hong Kong, Taiwan, Korea and Singapore.

Nick’s focus is shipping and trade and he is known for his ability to handle both wet and dry aspects of casualties with particular emphasis on collisions, container fires, stow collapses, total losses, groundings, salvage, wreck removal and pollution. He is recommended by a number of the legal directories including Legal 500 and Who’s Who Legal and high profile cases include the loss of the “MOL Comfort” and several incidents in the Suez canal. His expertise extends to charter party, cargo defence, shipbuilding and sale and purchase contracts. More recently he has become involved in several large offshore construction disputes for major EPC contractors with claims extending into the hundreds of millions of dollars as well as in connection with disputes arising under the ISDA Master Agreement.

Nick is a member of the Chartered Institute of Arbitrators and the London Maritime Arbitrators Association. He is familiar with almost all forms of arbitration procedure including LMAA, LCIA, SCC, ICC, HKIAC, SIAC and CIETAC. He also deals with commodity and hedging disputes and has handled cases under GAFTA, FOSFA, LME and RSA rules. Recent cases include several major bulk cargo losses and collisions in Argentina, Egypt and the UAE as well as a large freezing order ancillary to a large claim in the Commercial Court.

As well as dealing with disputes, Nick also helps his clients on the non-contentious side. Over the years he has negotiated and drafted charters, consortia/pooling contracts, shipbuilding contracts, sale and purchase agreements and trading contracts. Nick is regularly instructed by international group P&I Clubs, the London, Norwegian and Japanese hull markets and a number of large shipowners and trading houses.

Whilst he is a seasoned litigator, Nick is renowned for providing quick and concise advice with a view to achieving a resolution of the issue short of legal proceedings. More recently he has taken on appointments as mediator and arbitrator. 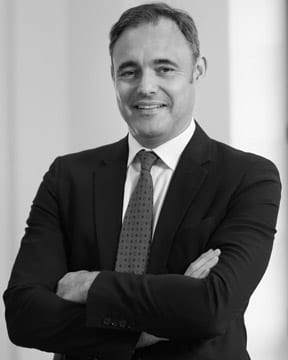