Stephen joined BDM in January 2022 after having previously worked as the main lawyer for the legal arm of a major shipping insurance company handling both P&I and FDD matters as well as sale contract disputes. This followed a partnership in a respected regional shipping practice, a period working offshore and a number of years with a major City shipping practice, during which Stephen acquired considerable experience in contentious and non-contentious matters, including ship sale and purchase, finance, shipbuilding contracts and disputes thereunder, cargo claims, charterparty and COA disputes and commodity contracts issues.

He specialises in advising on the drafting of and interpretation of shipping and commodity sale contracts, including charterparties, bills of lading, ship sale contracts and shipbuilding contracts, and the effective resolution of disputes arising under these.

Stephen has considerable experience of leading the resolution of disputes in arbitration (in England and Singapore) and in the English courts and in mediation and also in liaising with foreign lawyers in relation to proceedings being conducted elsewhere.

Stephen speaks Spanish, Italian and French in addition to English. 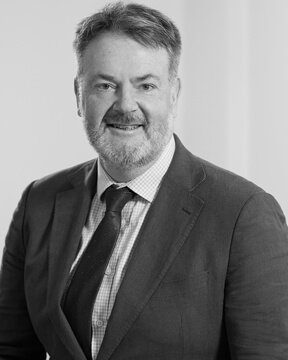