Backing out of contracts and effective date clauses 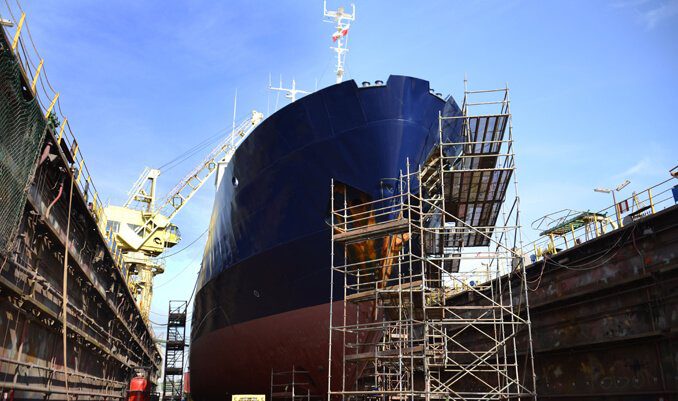 Many of our followers will have noticed that the shipping market has been volatile of late, particularly in certain sectors. Some of those sectors are now cooling off and this has led to recent enquiries from clients who are faced with customers looking for ways to back out of contracts concluded at the perceived height of the market.

The usual position is that parties who have entered into a firm contractual commitment for good and valuable consideration are bound, such that if one party wants to back out of the deal then they must pay damages (if any) to the other party. At that point, the debate is less about breach and more about what, if any, losses have been sustained, taking into account the duty to mitigate.

However, there are exceptions to the above, which makes it important to carefully review the relevant contract. Shipbuilding contracts, for example, often contain terms that the contract itself will only become effective upon certain events occurring. One of those events is customarily when the shipyard provides an acceptable form of refund guarantee to the buyer. Depending on the precise wording of this clause, a failure by the yard to provide the relevant guarantee in the requisite form (for any reason) by the stated date can lead to the contract either becoming automatically null and void or null and void at the option of the buyer.

One can see how this clause can give the shipyard a way out of the contract. All they need to do is to fail to provide the relevant guarantee. There is some law on that to the effect that a shipyard does not need to exercise best endeavours to procure the refund guarantee. However, what happens where the shipyard does provide the guarantee but there is a debate over the wording or the terms? Can the buyer take issue with that and pull out of the deal?

The answer is that much depends on the wording of the effective date clause and on the terms of the refund guarantee, which ideally should have been agreed in advance and attached to the contract. If the refund guarantee is not provided in precisely those terms, then arguably the condition has not been complied with and the buyers would be at liberty to treat the contract as being null and void thus escaping from a bargain that they may perceive might go against them. Shipbuilding contracts by their very nature involve speculation on what will happen in the future: the price is agreed today with the ship being delivered in 3-4 years’ time. If the major economies are in recession in 3-4 years’ time, then a high price agreed now may cause problems for a buyer (and their financiers) in the future!

One recent question of interest is what happens where the refund guarantee proffered by the yard is materially the same as the one that the parties agreed upon save that the provider has been replaced with a bank of equal or superior standing? What about where the wording has been altered but in a trivial and non-material way? Is that enough for the buyer to back out? Or does the contract become effective such that a party can only back out on the understanding that they have to pay damages to the other for any losses sustained?

These questions have all come up recently . The position is also often complicated by events between signing the contract and provision of the refund guarantees which can amount to a waiver by the buyer. Shipyards in particular face issues with buyers who deploy technical legal arguments to try to back out of contracts. They are left in a position where they have no option but to fill those slots with less profitable contracts in a falling market. That is likely to lead to disputes.

For what it is worth, in one recent enquiry our view was that the refund guarantee provided was probably in accordance with the terms agreed by the parties albeit that there were various changes which were impliedly accepted by the buyers (thus amounting to a waiver of its right to avoid the contract). As such, the various amendments to the refund guarantee were not enough to prevent the contract from becoming effective prior to it being wrongfully terminated by the buyer. It remains to be seen, however, whether that will be the decision of the Tribunal if the matter proceeds to arbitration.