Liens on cargo – remedy or nightmare? 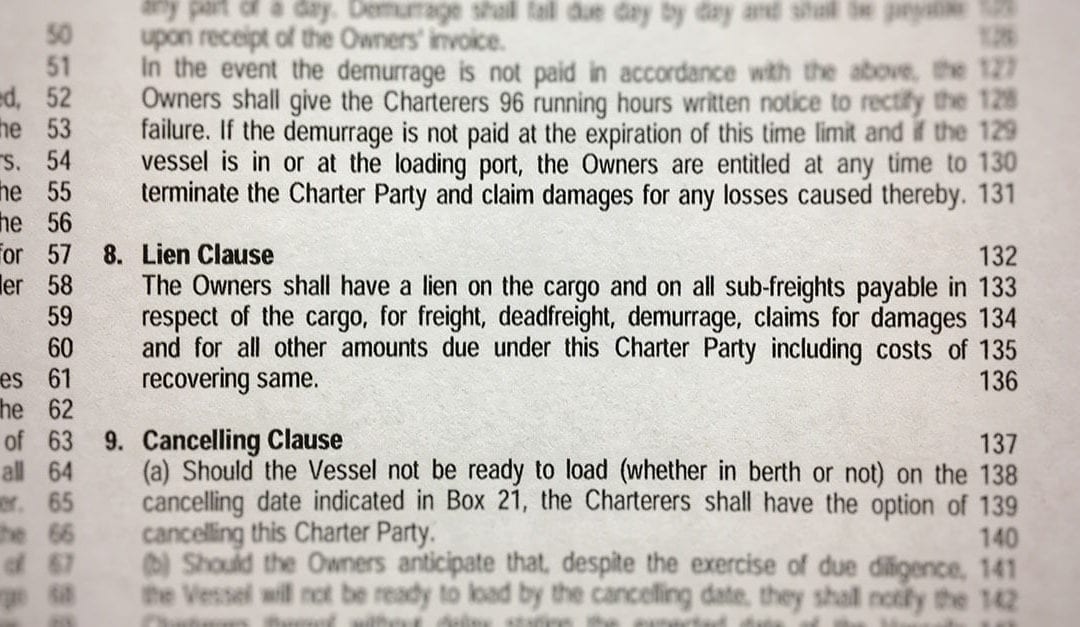 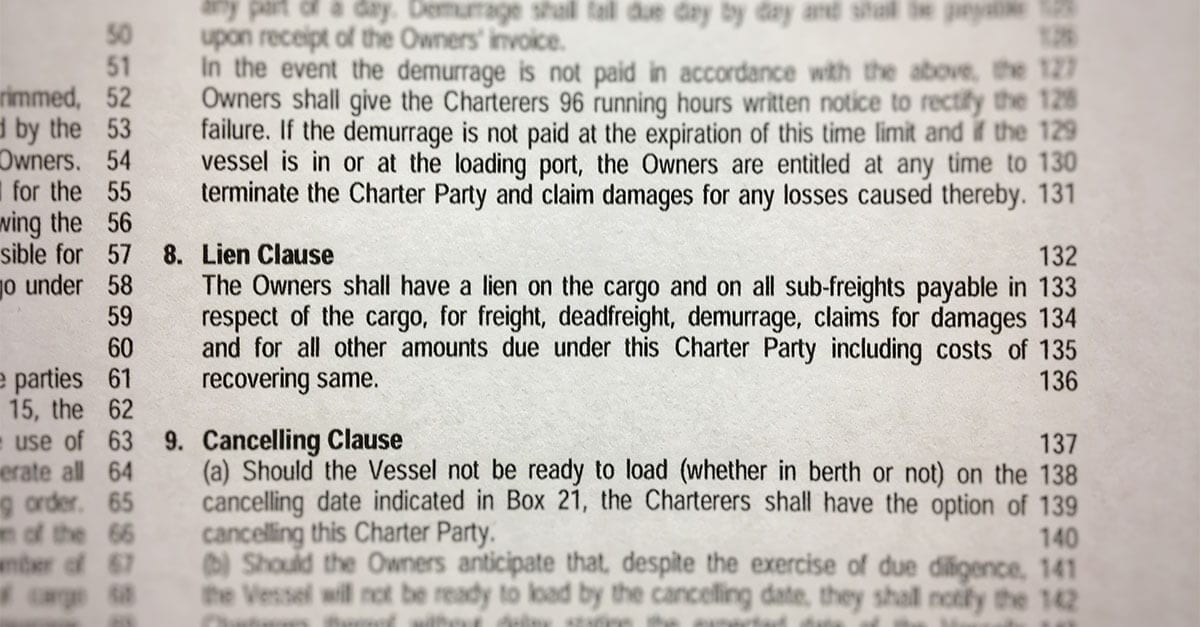 In today’s market, there are limited opportunities available to ship owners and operators.  They have to fight to secure cargoes often at barely break-even rates. It means they can’t afford to be choosy about who they deal with.   That raises the question of what security ship owners in fact have when they enter into a fixture with an unknown party and agree to load cargo on their ship.

A lien on cargo is possessory so it is often exercised over the cargo whilst it is on the ship.  However, this can’t go on forever.  Ships cannot sit idle indefinitely while disputes over freight are worked out.  Demurrage may accrue at the discharge port but that is often no consolation if the person obliged to pay the demurrage has no money.    There are also potential problems as regards extending the lien to cover discharge port demurrage in circumstances where this may not have become legally due.

The cargo itself may also have a shelf life or its value may be affected by market fluctuations.   At some point the ship owner needs to consider practical steps to get the cargo off the ship.

Against this background it is worth mentioning the recent case of The Moscow Stars [2017] EWHC 2150 where a cargo of crude oil was held under a lien for several months.  This case was slightly different because the cargo was owned by the time charterers who had not paid hire.  Nevertheless the charter (which was subject to English law and arbitration) provided for a lien on the cargo and the owners faced the usual dilemma of how to proceed.    At the time the Moscow Stars was drifting off Curacao and the options there were limited.    The Owners wanted to be able to sell the cargo to a third party and deliver it somewhere else thus recovering their unpaid hire and expenses.   They applied to the English Court under section 44 of the Arbitration Act 1996.    That section gave the Court the power to order a sale and s.44(2)(d) applied where a contractual lien is being exercised over a defendant’s goods as security for a claim which is being advanced in arbitration.   The guidelines on the exercise of the Court’s powers are set out in CPR 25.1 which stated that an order can be made for “the sale of relevant property which is of a perishable nature or which for any other good reason it is desirable to sell quickly.”   Although the oil cargo was not perishable, the Owners were able to establish that there were good reasons why it was desirable for it to be sold quickly.   The cargo had been on board the vessel for over nine months.  In the  absence of an order, the likelihood was that the vessel would remain there for many more months.  The owners faced severe financial hardship and the prospect of a forthcoming mandatory drydocking to comply with Class requirements.  All of these factors led to the Court making the order for sale and ordering that, if so required, the time charterers (who were also the legal owners of the cargo) must sign any contract of sale as the seller.   Armed with such an order, the owners were then able to secure a sale to a third party buyer.

The Moscow Stars case is a reminder that the English Courts are there to assist and there are ways around the local problems faced by ship owners.    One of the common problems is convincing a third party buyer that the ship owner has the legal power to sell the cargo under the lien.    In the Moscow Stars case the time charterers were the legal owners of the cargo but the situation can be complex where the cargo is shipped under an order bill of lading and title passes at some point during the voyage.   It may be necessary for the ship owner to proceed against both the shipper and receiver both of whom may be bound to the arbitration clause incorporated into the bill of lading contract and thus who both should be subject to the lien.    There can be problems however when one or other of these dispute the jurisdiction of the English Court.