Preparing for an LOF appeal in the wake of the Flag Mette? 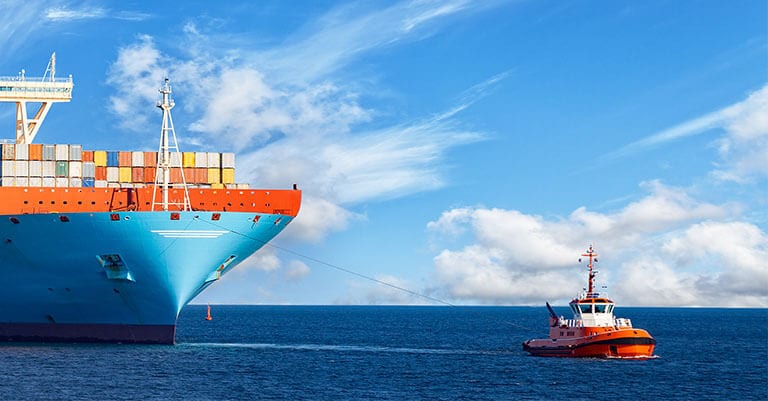 The recent decision from Teare J in The Flag Mette (Navigator Spirit SA –v- Five Oceans Salvage SA (The “FLAG METTE”) [2018] EWHC 1108 (Comm)) has caused those of us in the Admiralty world to think carefully about how we deal with future salvage appeals.

The appeal arbitrator Mr Jeremy Russell QC (a man known for his intellect and attention to detail) took the view that neither the original LOF arbitrator nor the parties had correctly considered the hypothetical scenario faced by the ship which had suffered a series of engine failures and was drifting in the English Channel. The LOF arbitrator had awarded US$825K plus a currency uplift. The salvors appealed to increase the Award. On appeal, Mr Russell QC considered the grounds and came up with an alternative scenario which he felt had not been identified by either of the parties’ lawyers. Effectively, he took the view that, in the absence of tug assistance, the disabled vessel would have waited offshore rather than at anchor in the bay and rather than proceeding down the Channel. This he said would have given rise to dangers not considered by the original arbitrator, principally a longer period during which the vessel would be immobilised and exposed to the risk of a collision with another vessel. He felt that, on this basis, the risks were greater than those assessed by the original arbitrator and so he increased the award to US$1.2M plus the currency uplift.

This caused some consternation with the Owners and their lawyers who felt that Mr Russell QC had gone beyond the scope of his duty to act fairly under section 33 of the Arbitration Act 1996. Their main complaint was that he decided the case on grounds that were not part of the salvors’ application nor put by way of submission at the hearing. They argued that this caused them substantial prejudice (and thus injustice) because they did not have a fair opportunity to deal with this scenario given that it was only brought up at the hearing itself. They argued that had they had sufficient advance notice then they would have been better placed to respond and that would have led to a different outcome. On this basis, they said that this was a serious irregularity entitling them to set the award aside under section 68 (2) (a) of the Arbitration Act 1996.

Mr Justice Teare (himself a former appeal arbitrator) reviewed the case law dealing with section 33 and the duty to act fairly. The leading case is Terna Bahrain Holding Company WLL v Al Shamsi and Others [2012] EWHC 3283 (Comm) but this case made it clear that a distinction should be drawn between having no opportunity to address a point and failing to recognise a point or opportunity that exists. Teare J considered that by its very nature salvage arbitrations have certain unique characteristics and that it was not uncommon for the appeal arbitrator to put alternative scenarios to Counsel at the hearing. He relied on his own experience to conclude that the appeal arbitrator had acted fairly and had not gone wrong in such a way that called for the appeal arbitrator’s decision to be corrected.

It will be interesting to see if Mr Justice Teare’s decision will be subject to a further appeal but we suspect that it will rest. This is because, in the alternative, he decided that, even if Counsel for the Owners had been allowed the opportunity to submit further evidence in response to the scenario identified by the appeal arbitrator at the hearing, the appeal arbitrator would still have reached the same view on the risks faced by the stricken vessel. As such, there would not have been the “substantial injustice” required to set aside the award under section 68 (2) (a) of the Arbitration Act 1996.

The moral of the story is to think carefully about all possible scenarios faced by a stricken vessel when determining the risks faced and the likely level of the salvage award. Owners and their insurers cannot assume that all they need to do is to respond to points put to them by salvors in the appeal application. Indeed, the LOF procedural rules go as far as to say that the grounds for appeal should be as economical as possible in stating the challenges to the LOF arbitrator’s award. It follows that care must be taken to anticipate the questions that the appeal arbitrator might ask and the scenarios that he might put to the parties and prepare in advance to deal with such eventualities.

The full case citation can be found here.